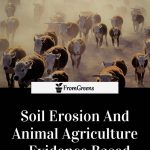 Soil is one of the biggest carbon reservoirs on the planet and the very basis of our existence. We have already lost almost half of the planet’s topsoil (outermost or surface-level soil) in the last 150 years[2].

Livestock farming is responsible for more than half (55%) of global soil erosion[3]. As the world’s population grows, we need to produce more food and soil erosion affects the world’s food production.

Human life depends on the soil’s generosity and soil degradation or erosion poses a direct threat to food security. Apart from supporting food requirements, it is also essential for the following things.

Due to the enormous scale of soil erosion, more than half of the world’s total agricultural land is considered degraded and nearly 2 billion hectares of land (an area twice the size of China) is severely degraded, sometimes irreversibly[5].

To put the numbers into perspective, it takes around 200-400 years to regain 1cm of soil and almost 3000 years to make the same soil fertile[6].

Every year, approximately 24 billion tonnes of fertile soil is lost, which costs the global economy anything between $6.3 and 10.6 trillion dollars [1,4].

Hence soil is considered a non-renewable source. To highlight the urgency of the situation and importance of soil preservation, the UN has declared 5th December as World Soil’s day.

Soil is one of the largest carbon reservoirs on the planet of the apes. i.e. Soil holds more carbon dioxide than the living vegetation and atmosphere combined. The infographic from the United Nations perfectly summarizes the soil carbon cycle[4]. 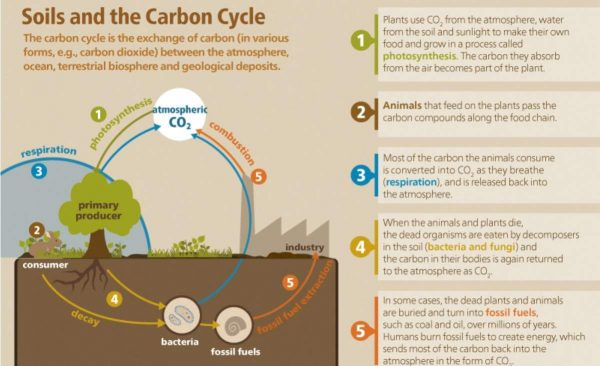 The below graph highlights the planet’s carbon sinks and the amount of carbon they hold expressed in Gigatonnes carbon (GTC).

Hence, even relatively small changes in carbon stored in the soil could make a significant impact on the global carbon balance.

It is estimated that soil erosion caused by land-use changes along with other agricultural-related emissions are responsible for 24% of global warming-related causes [8].

Although there are many reasons for soil erosion, we’ll be only focussing on the erosion caused due to livestock farming and deforestation, equivalent to 55% of total erosion[3].

Since 80% of the agricultural land on the planet is used to produce crops for animal feed or for grazing animals, meat and dairy production contribute significantly to soil erosion and associated problems particularly in 2 related ways[1]. 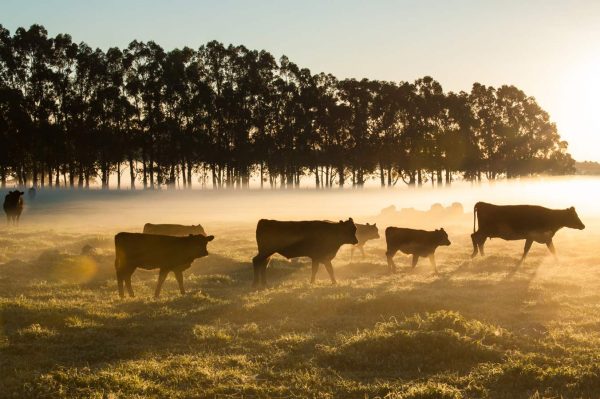 Livestock farming on agricultural as well as forest land is the single largest driver of soil erosion, contributing an estimated 55% of global erosion losses[1].

Soil is loosened by the livestock hoof as well as grazing impacts on pastures and hence it becomes more prone to erosion by wind or rainfall.

Also, livestock can overgraze vegetation, disrupting its role of trapping and stabilizing soil and aggravating erosion and pollution[3].

Furthermore, farmers have to maintain field productivity by using fertilizers, pesticides that harm the quality of the soil in the long run and further leading to land and nutrient degradation. 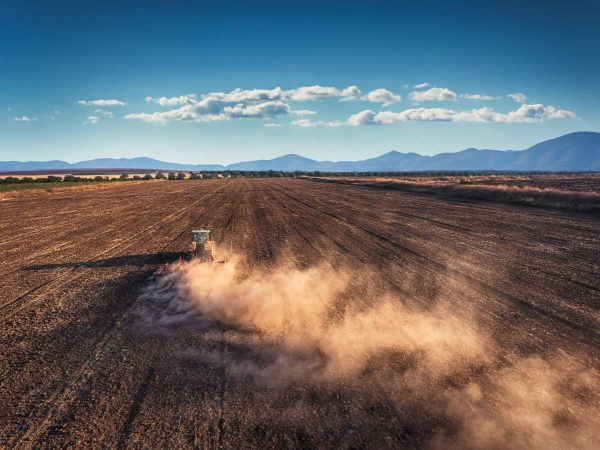 Increased demand for agricultural products has incentivised farmers and organizations to convert natural habitats like forests, grasslands and rangelands to farmlands and pastures to meet the ever-growing food demand.

Millions of hectares of land have been converted to pastures to grow crops, particularly for soy and corn cultivations which are used as livestock feed in industrialised farms [1,3]. Amazon’s rain forest in Latin America is a prime example of such land conversions.

Without plant cover, erosion can sweep lands into rivers as the soil loses it’s compaction and is able to hold less water, thus being more prone to wash off and can drain away easily [4].

Soil erosion is a slow process that can go unnoticed but impacts every aspect of our food chain and can also lead to a multitude of environmental problems like climate change, floodings and loss of essential nutrients.

When the eroded soil flows into freshwater ways like rivers, lakes and streams, the corresponding pollutants in the soil mainly coming from manure and fertilizers are also transported in the water system.

This is a cause of concern as these pollutants consist of bacteria and superbugs, which are resistant to antibiotics during the filtration process and are capable of infecting humans[11].

Scientists estimate that if the current trend of soil erosion continues then the carbon emissions from soil and vegetation will roughly add another 80 Gigatonnes of carbon to the atmosphere over the 2010–2050 period, equivalent to about 8 years of current global carbon emissions from fossil fuels[9].

If the above situation becomes a reality, then it will be increasingly difficult to meet the target of keeping the average global temperature increase below 2°C as per the Paris Climate Deal.

Soil erosion leads to loss of 2 most essential macro-nutrients, Nitrogen and Potassium required for plant growth.

Loss of this nutrients due to soil erosion needs to be balanced out by applying more fertilizers to the crops which would have further consequences on the environment.

As a result of erosion processes, 25 billion tonnes of sediments are transported into rivers and streams every year[11].

These sediments and the pollutants can damage freshwater and marine habitats, and in some cases even lead to the destruction of aquatic ecosystem habitats.

As a result, areas damaged through livestock farming and soil degradation become more prone to flooding as degraded soil can hold less water[3].

Arable land becomes infertile and less productive when the topsoil from the surface is lost due to soil erosion. UN estimates that we are losing almost 10 million hectares of arable land per year, an area equivalent to the size of Iceland[1].

As per a report, in some areas of the world, soil degradation along with water scarcity have prevented yields & food production from rising over the past 35 years, and in some areas, they have been falling [10].

In such a scenario, the world food supplies may be compromised by a staggering 30% in the next 50 years, due to soil erosion and fertility losses [1].

This comes at a time when we are struggling to feed the current population (815 million malnourished people) and the world’s food production desperately needs to be doubled to feed a population of 9 billion by 2050 [12,13].

In summary, although most humans don’t have direct control over soil erosion, would making certain dietary changes minimize the losses and the corresponding consequences?

11: Heinrich-Böll-Stiftung. 2014 Meat Atlas – Facts and figures about the animals we eat. Friends of the earth Europe

11: Heinrich-Böll-Stiftung. 2014 Meat Atlas – Facts and figures about the animals we eat. Friends of the earth Europe