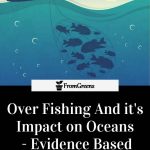 Fish are eaten more rapidly than they can reproduce. Two-thirds of the world’s fish stocks are either considered fully exploited or overexploited already [1].

Many of the marine species are near extinction with little or no hope of recovery [1].

Fish provides proteins to almost 3 billion people. UN’s research estimates the average worldwide fish consumption to be around 20 Kilograms per person per year [2].

In terms of production capacity, China and other South Asian countries are the biggest exporters of fish and related products whereas the European market is the single largest buyer followed by US & Japan accounting for 64% of the total value of imports for fish and fish products [2].

However, the world’s oceans are running out of fish now. The graph below paints the grimness of the situation.

Due to depleting fish stock in deep-sea waters, the bulk share of growth and production in the past few decades has been shifted to aquaculture i.e. farming fishes in closed cages. So, is that a reason to cheer? Not Really! Why? Keep reading.

The rise in fish consumption along with the use of fish products in different industries has led to an unprecedented increase in global fish demand.

Fish oil, produced from processing small fishes or their by-products is used extensively in the production of Omega-3 supplements, the world’s most popular supplement and estimated to be a $57-billion industry by 2025 [11].

It is believed to reduce risk of heart diseases and strokes, however, recent research published by Cochrane Review with more than 100,000 participants suggests that’s possibly just a big bluff [8].

Apparently, there are quite a few fish oil pet supplements out there now. If the current rate of fish consumption continues, the UN has estimated that fish prices might increase 25% by 2030 [7].

So, aquaculture has saved the day when it comes to catering for the increased demand for fish as most of the world’s ocean is running out of fish.

However, there is a catch. Farmed fish need to be fed fish or related products i.e. Fishmeal or fish oil.

UN has estimated that almost 70% of the fish raised in aquaculture are provided with feeds made from wild fish so that they can reach their market weight quickly and gain all the essential nutrients [9].

Numbers do vary significantly, but every year, millions of tonnes of wild fish are caught and processed as food for farmed raised species [2].

The Fish In:Fish Out ratio by IFFO is estimated to be around 1: 0.22. i.e. producing a tonne of farmed fish would take a quarter tonne of wild fish as food, but with few exceptions of course [10]. 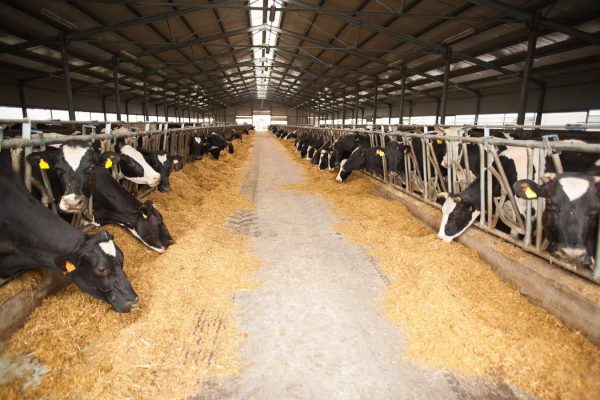 Livestock feed also plays an important role in the demand for fish. In 2016, almost 20 million tonnes of fish stocks were used as feed in the form of fishmeal or fish oil for poultry and pig’s production as well as for aquaculture feed [2].

Although the industry claims that most of the fishmeal and fish oil production is from by-products not fit for human consumption, new research suggests that probably not the case [9].

The report states that 90% of the raw material used in the process could be consumed by humans which means that fish are primarily caught for fishmeal production and which is a direct derivative for overfishing [9].

As the world’s population crosses 9 billion by 2050, fish consumption will increase in the coming decades, and oceans will pay a huge price for that [2].

The harmful fishing practices, along with the pollution caused due to aquaculture, is responsible for marine species extinction[2,5].

Oceans are the biggest losers due to unsustainable fishing practices. Billions of small fishes that are responsible for maintaining the ecological balance of the oceans are being caught and processed into feeds and fish oil for aquaculture, livestock and human consumption [1].

This phenomenon has huge ramifications on the marine life and results in reduced oxygen levels in the water, less sunlight for vegetation and the overall warming of the oceans thereby releasing a massive amount of carbon back in the atmosphere and contributing to global warming [1].

Some of the most favourite fish species like cod, krill’s are no longer readily available to consumers. Their stocks have been depleted to the near extinction level [1].

There’s probably little or no hope that these species, like thousands of other species, might survive the coming decades or become completely extinct.

The North Atlantic Ocean is one of the world’s richest marine areas and has witnessed significant downtrend in the deep-sea fish populations since the ’90s. Although the rate of extinction has declined in the past 2 decades, it’s showing no sign of recovery yet [1].

Harmful fishing practices like dredging and bottom trawling are doing irreversible damage to the ocean’s floor by destroying the delicate habitats and vegetation that provide shelter, food and breeding ground for fishes and other species [5].

It is the equivalent of deforestation and soil erosion in oceans. Bottom trawling has destroyed coral reefs in Australia and in Alaska, it has removed one million pounds of deep-water corals and sponges annually from the seafloor [1].

Species Extinction Due to Bycatch

Bycatch or accidental catch accounts for 10% of all the sea creatures caught annually and is one of the biggest deep-water crimes that go unnoticed [6].

Around 1 in 4 of sharks, rays and skate’s species are threatened with extinction as a result of being caught accidentally in the fishing nets. These creatures are some of the latest maturing and slowest reproducing of all vertebrates which means once extinct there are very few chances of reproduction [1].

250,000 sea turtles meet a similar fate annually along with sea birds that get entangled to name few. Bycatch also reduces the possibility of rebuilding the population when young fishes are caught and being deprived of the opportunity of growing and breeding [1].

Coral reefs are responsible for providing some of the most biologically rich, productive and economically valuable ecosystems on Earth. Over 25% of all marine species live and breed in these reefs and they also support many economically important fish species [1].

Similarly, coastal mangroves help in water filtration, protecting coasts from storms as well as acting as nurseries for many fish species and animals. Hundreds of millions of people are dependent for their livelihood and income on these natural habitats.

However, they are under a direct threat due to overfishing [1]. It is estimated that we have already lost 20% of the mangroves covers and three-quarters of the world’s coral reefs are threatened due to fishing practices, global warming and ocean acidification.

If appropriate measures are not taken, then we might lose coral reefs altogether by 2050 [1].

Due to technological advances, a process referred to as ‘Fishing down the food web’ is gathering steam which means targeting deep-sea creatures that are low in productivity and have the slowest growth as well as maturity rates.

This leads to rapid declines in population and even slower recovery once the stock collapses [3]. Since these lower-level species are important prey for other fishes, their removal impacts species throughout the ecosystem [1].

10: Fish in Fish Out (FIFO) ratios for the conversion of wild feed to farmed fish, including salmon. Accessed at http://www.iffo.net/fish-fish-out-fifo-ratios-conversion-wild-feed

10: Fish in Fish Out (FIFO) ratios for the conversion of wild feed to farmed fish, including salmon. Accessed at http://www.iffo.net/fish-fish-out-fifo-ratios-conversion-wild-feed